Goodby Little Bob, and thank you

I said goodbye to my best friend, Little Bob, this afternoon. He was sick with gastroenteritis about two weeks ago, and he never really recovered from the effects of it. This morning he was clearly in pain, and so after a final walk at Cherry Beach, we went to the Animal Clinic and let him go. 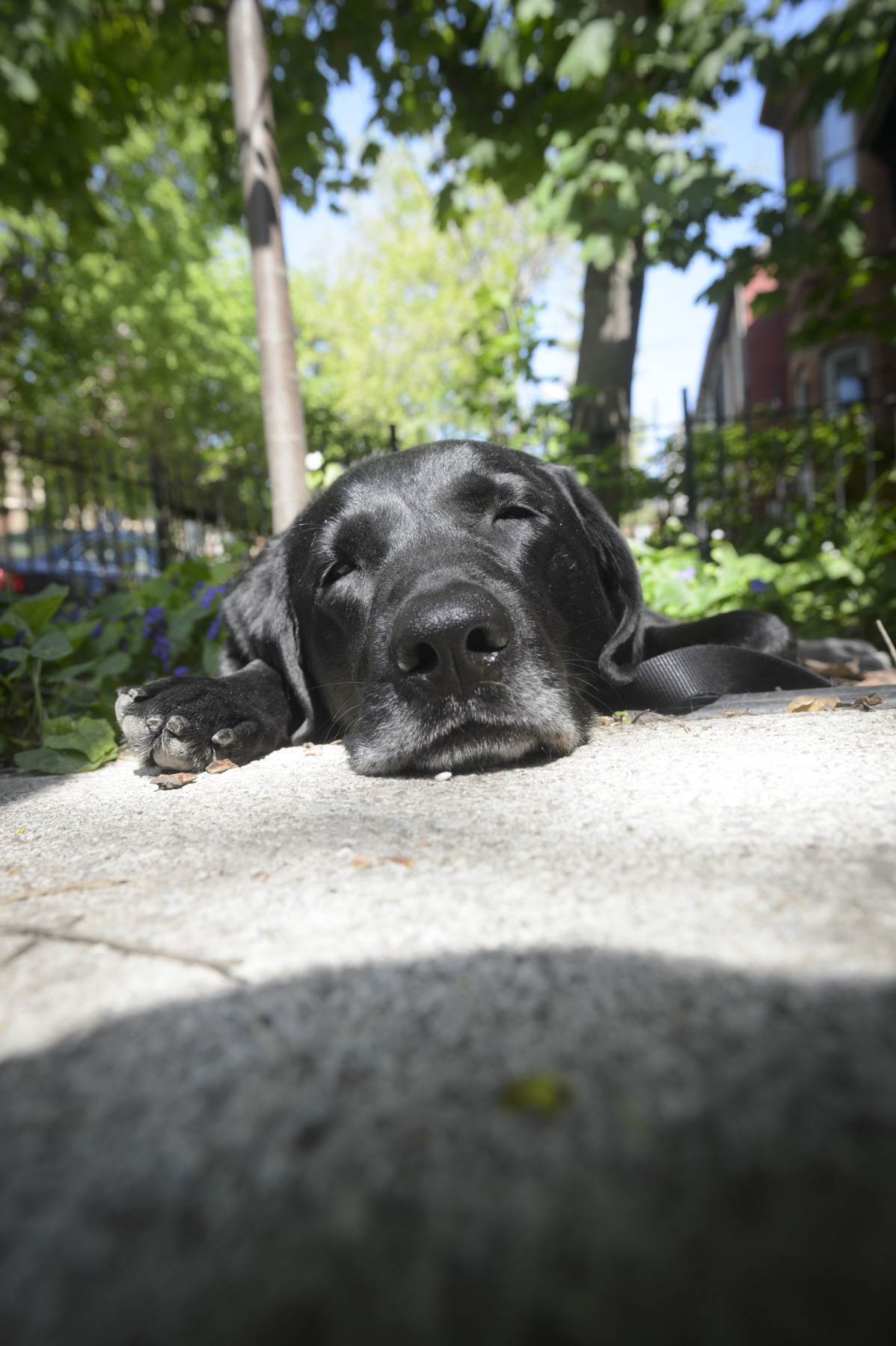 Bob came to me at 7 months of age as Shadow. He’d been seized after a neighbour reported his previous owner to the police for beating him, which he was still doing when the police showed up. I had just let my previous dog, Ray, go about a month earlier, and couldn’t stand the solitude. On the strength of a typically lousy photo on Petfinder I went to see him at Animal Services. He looked at me pathetically, pushed a rubber hot dog out under the cage gate, and that was it. He couldn’t get in my car fast enough, his head found a place on my leg, and that was that. I named him Bill, which lasted about an hour, and Bob he became. It took us a little while to figure each other out, but we did.

It was hard to let Ray go, but it felt harder in some ways to do the same for Bob. I think it had to do with the challenges we both faced over out time together. ACL surgery and our diligent attention to physiotherapy and exercise afterward for him. For me it was his ability to adapt to my needs after heart surgery and more recently chemotherapy. He kept pace with me, no matter how slowly I moved or how many breaks I needed to take. I don’t know what I would’ve done, or will do, without his companionship.

He went peacefully today, and I knew I had done him the last, best favour I could do to repay our almost 10 years together. Thank you, Little Bob, for everything.