Turn your damn flash off 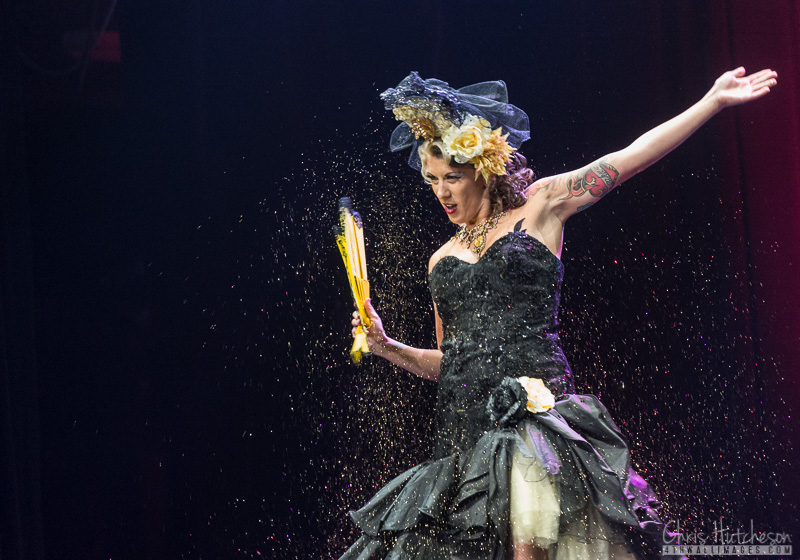 I’ve shot a lot of shows and events for a pretty wide range of performers and organizations, from opera to cabaret, wrestling and burlesque. I’ve photographed the Toronto Burlesque Festival every year (with one exception) since 2010, Canadian Opera Company events and performances since 2008, and landscapes for somewhat longer. My images have been published in a variety of media including newspapers, blogs and websites, here, in England and elsewhere. I’m equally confident and nervous about shooting in a variety of challenging situations, with success and the occasional disaster. I’ve worked alongside and learned from some terrific photographers.

There’s a certain etiquette most of us adhere to, and it seems to work well, particularly when there are several of us photographing an event.

One particular thing comes to mind as a result of a recent event I photographed, and I’ve experienced it more than once – the use of flash during performances.

It’s distracting, irritating, and potentially risky for performers. If someone’s performance includes anything requiring precision, they need to see what they’re doing, not be blinded by your flash. I’ve seen and heard of performers stopping performances because of someone using a flash. You don’t want to be on the receiving end of this.

It takes away from whatever lighting effects the performer/producer is trying to achieve. If your flash is powerful enough to light the stage, it’s strong enough to overcome any lighting effects people have worked hard to produce. If it’s not – if you’re far from the stage or your flash isn’t that powerful, it won’t have any effect at all anyway. So, if you prefer washed out whitish shots as opposed to planned colourful lighting, you’ll achieve your goals at the expense of the performance. Even the worst house lighting can result in more colourful, evocative images than anything you can produce with that flash mounted on your camera. Learn how to turn off your flash and adjust aperture, ISO, and shutter speed to catch ambient lighting, and learn how to post process your images to take advantage of whatever existing lighting you have to work with.

It’s probably distracting/annoying the audience. That would be the people who paid to see the show, not your flash. Do that enough and there’s a good chance you’ll hear from them and/or be asked to leave.

It’s definitely annoying videographers and photographers who have been brought in to capture performances. And probably the producers, who may be paying those photographers. If they’re able to shoot without flash, you should be as well.

Your objective should be to capture terrific images unobtrusively – it’s about the performers and the audience, not you. You can get a good start on this by turning your flash off and learning to shoot in existing lighting.