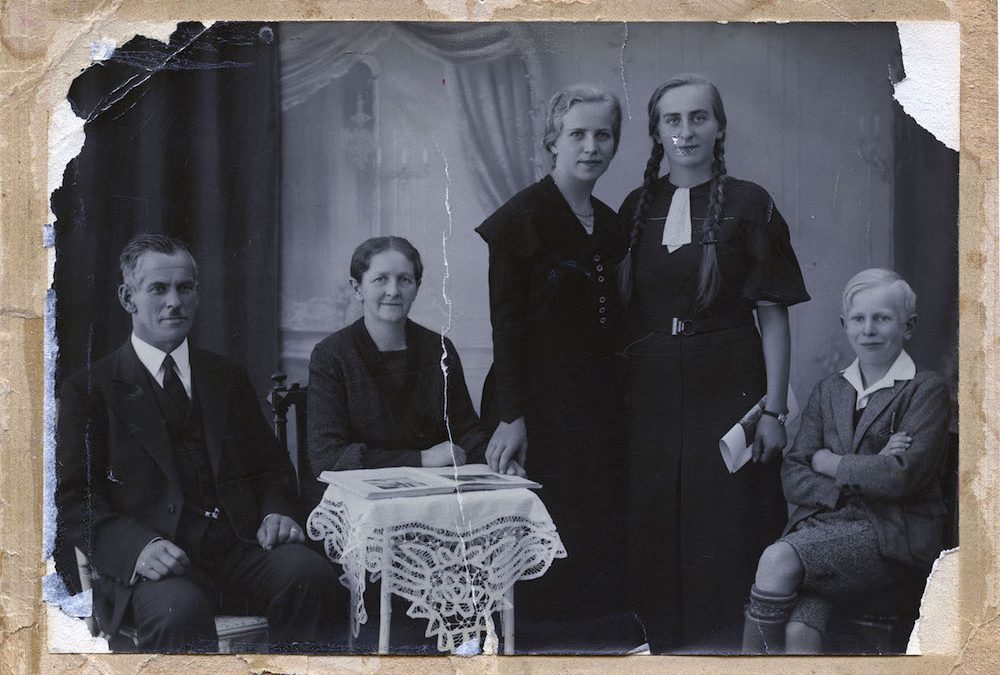 I recently took on a restoration project for a friend, repairing several images of her family from the early 1900’s. This was probably the most damaged of the lot with a lot of fine scratches and spots to go with larger discolouration, blemishes and tears. I don’t have a lot of experience with image restoration, and it’s pretty amazing how much you can achieve in Photoshop. I used my Epson Perfection V750 scanner to capture the image in TIFF format at 1600 PPI to allow for resizing/enlarging. This is helpful when you want to magnify the image to see details and make minute adjustments.  I took it from there in Photoshop with my Wacom tablet. I found the Healing Brush somewhat more useful than the Cloning tool in most instances, other than where I had to create a part of the image from scratch. Of course, I did everything on layers rather than the original image so that I could backtrack if necessary and/or try different approaches. Fortunately, apart from jackets on the left and right sides of the image, I didn’t have to rebuild clothing from scratch. I’d probably spend more time on those, if anything. As it is, I spent 4-5 hours working on the image.

I’d originally decided to crop out the frame, as it was badly damaged. In the end, though, I thought it added a lot to the image. While the finished product doesn’t look like the original, I was able to clone enough of it to build a new one. An alternative would’ve been to use a stock one, I suppose, but this worked well enough for my purposes here. 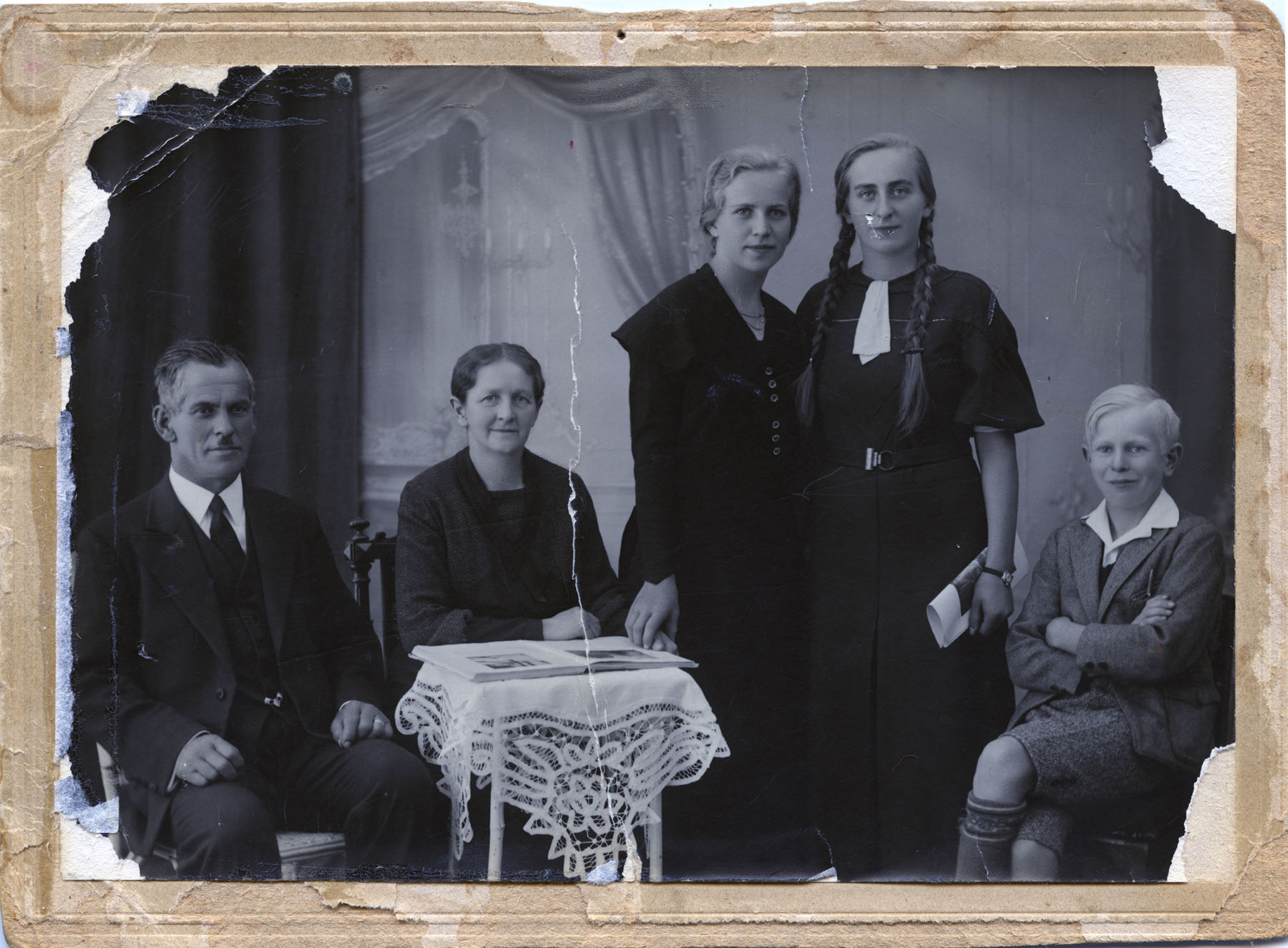 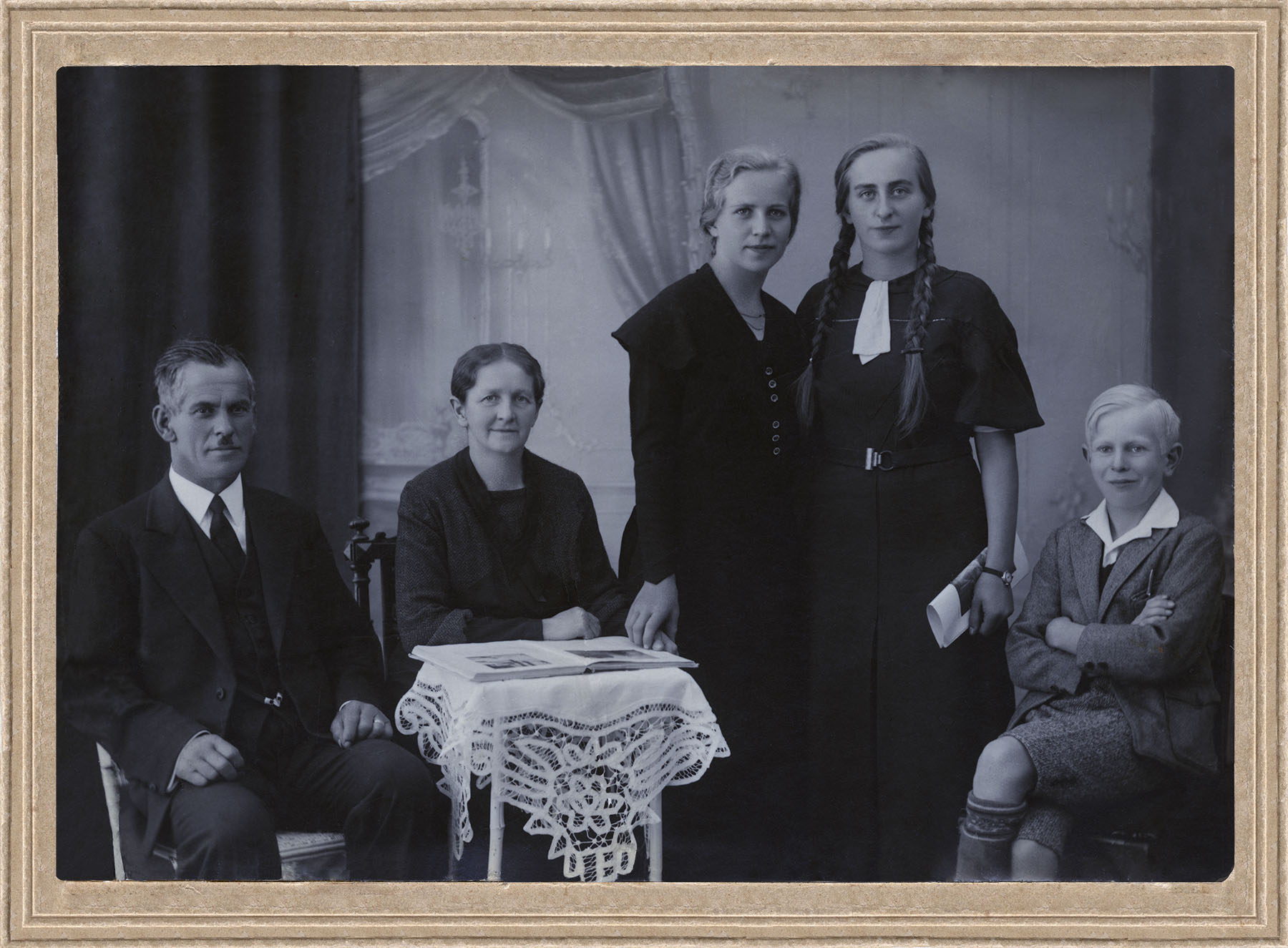 This site uses Akismet to reduce spam. Learn how your comment data is processed.

Full House at the Four Seasons Centre for the Performing Arts

Thank (your deity here) for Adobe Lightroom when salvaging photos

A Lightroom preset approach to help with LED lighting issues